Street Eyes (sleeping on the street in London)

London doesn’t look the same in the darkness of 3am, there’s no people anywhere and all the restaurants along the South Bank have their outdoor tables and chairs neatly stacked and chained to the wall.

I’m wearing everything in my backpack and I’m still cold, laying here on the Victoria Embankment on part of the Thames River Wall. It’s overlooking the downward ramp entrance to RNLT Tower Life Boat Station which is a stones throw north from Waterloo Bridge. I’m on a granite block elevated to about head height of the passing pedestrians, it’s dark enough for them not to notice me but anyone with street eyes would spot me.

There’s rats running around and I can’t really sleep because the slab is cold and I’m freightened of rolling over the edge. Surreal moment : Am I actually doing this? It’s a section of time when you are sort of detached from the reality of your geographic location, so far away from home in a situation your mother would never have wanted. I understand why people talk to themselves, it’s like your the centre of the universe, everybody else is frozen and your walking around looking at whatever you like in Murgatroyd’s Garden.

I moved heading north toward Blackfriars Bridge and saw a little round man walking toward me with a shopping bag. Anyone walking around this early is a nutter so I held a reserve of tense curiousity.
I could smell his cologne and he invited me to sit down. There was not much space on the part of the bench he suggested and he did not move over despite the contact of our legs. He was from Romania and I didn’t feel like talking but he said he was starting a company and had some big plans. He asked for my email address which I gave him, then he left.

I crossed the bridge after looking for a better spot by walking into the tiled subway entrance to Blackfriars London. It was drenched in tuscan light not a sound at all, there were some people under blankets just outside.

On the South Bank on the otherside of the river almost directly opposite my previous spot I found Bernie Spain Gardens. I was so tired, I hadn’t slept for 48 hours since hitching from Glasgow.
There’s a bunch of scattered green benches there, right up the back of the small park I can see a white face supine on a bench facing me asleep in an eskimo rimmed sleeping bag. About 30 metres away to my right a man is sitting on another bench slumped with a big hood over his head shadowed from the garden lights by trees. He has no blankets.
I lie down and pull my sleeping bag over me which is only half effective now since washing it in a machine (it’s duck feathers.)
I look at the back of my eyelids, wondering if those sounds I hear are people walking up behind me with a bat about to bludgeon me for assaulting this public space with my seemingly worthless presence.

I hear the sound of jogging feet. I peak out of my sleeping bag and the black has turned to pale colour as people run past with their headphones on and men in suits walk to work not even looking at me. Those other two guys have gone. 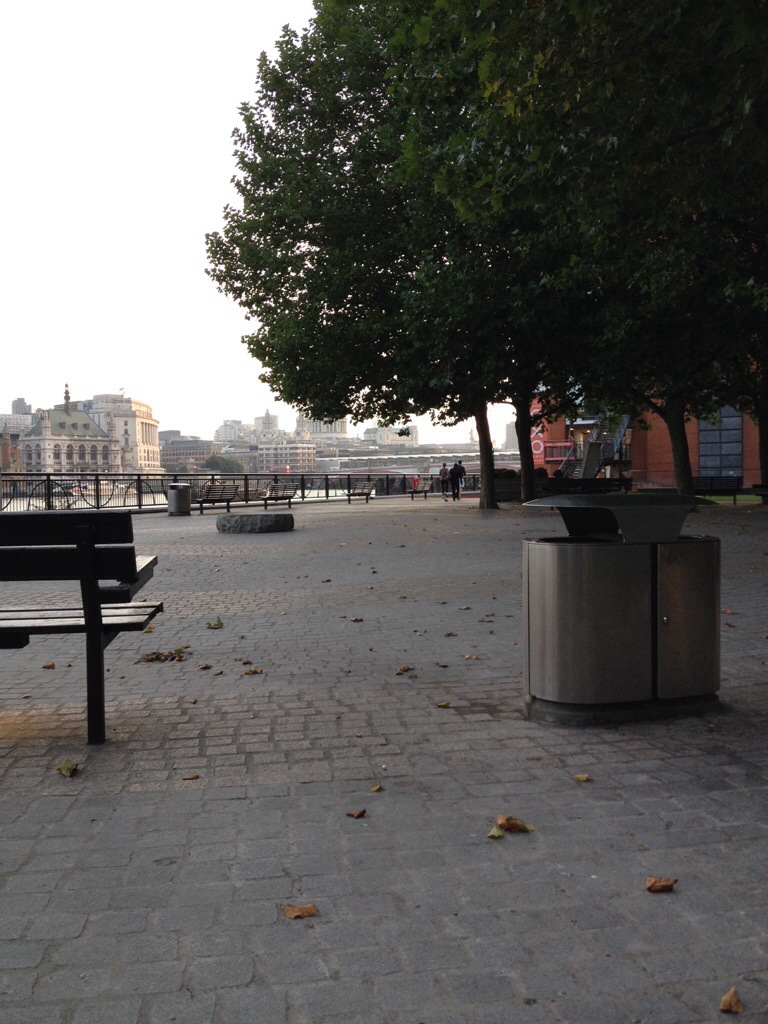 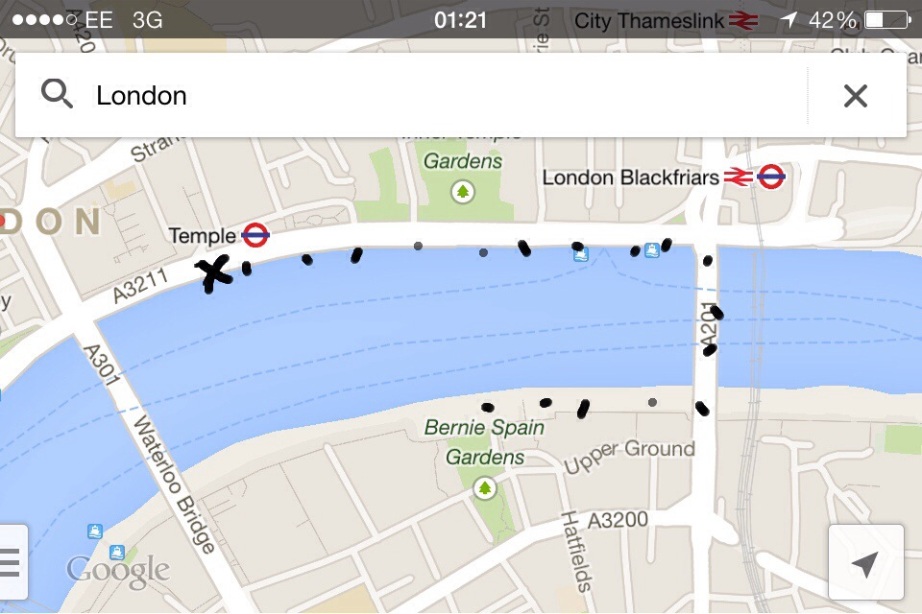